Wordpress: the extraordinary CMS which now runs 1/3 of the internet - Lewes SEO

WordPress: the extraordinary CMS which now runs 1/3 of the internet

Home / Blog / WordPress: the extraordinary CMS which now runs 1/3 of the internet 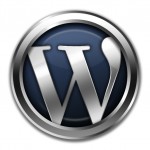 The history of WordPress starts in 2001, when two guys called Matt Mullenweg and Mike Little set out to design what they called a ‘personal publishing system’ built on PHP and MySQL. Within three years, they’d added the concept of plugins, and year later, 2005, the theme system. The basis of the internets most successful CMS had arrived and, very quickly, it began to achieve astonishing popularity as users reacted to the power and simplicity, and the community efforts of the open source community began to push the envelope of what WP could achieve, thus expanding it’s range and usability. Ten years later, it’s said that WordPress powers a mind boggling one third of the entire internet, as well as supporting livelihoods for thousands of developers, designers, writers, and bloggers for whom WordPress has changed the world forever.

We use it a lot here at Lewes SEO, and we consider ourselves the foremost company offering WordPress Web Design in Sussex. Here’s why we like it:

Quick to Set up, Simple to Use

With WordPress now often a one click set up from most Cpanels, setting up WordPress is a doddle. Secure yourself a good fast host (must have database capabilities) and you can be blogging in a a matter of a couple of hours. At its simplest, and when using standard themes will little or no customisation, WP is fantastically simple and user-friendly.

Since most of our clients are either directly doing business on the web, or at the very least wanting to get their words and images seen by as many people as possible, SEO is a huge bonus. We use the Yoast SEO plugin, which has an array of settings that that make SEO a doddle. Set your titles and descriptions, create a valid XML sitemap, follow or no follow specific categories, no index author and date based archives.

In the last twelve months, WordPress themes have really come of age. Cutting edge themes like X and Avada now offer truly world class responsive design and functionality at a relatively low price. In the old days, (read two years ago) building a site which performs like X would have cost tens of thousands of pounds and some very serious developing minds. Now, with a few clicks, you can upload it for yourself and you’ve got a truly awesome looking site. To some extents these new developments in WordPress are inaccessible for the novice, they’re very much built with developers in mind. But what it means is that we can now offer sites from say £2-5k which before would have cost double or triple that, but still delivering the client impeccable functionality. We believe this new generation of themes are going to change the web development market for ever, capturing the lower end of the market almost entirely away from custom builds.

We’ve already mentioned Yoast’s SEO, there are thousands and thousands more. While at the lower end, poorly coded plugins are sometimes responsible for viruses, the positive side of them is that every possible facet of the web experience, from ecommerce to Schema, and from cache to robots.txt is taken care of by these amazing creations. Ask us about our custom WP tweak and plugin set up, a service where we totally overhaul your current WordPress site, and soup it up like a Ferrari.